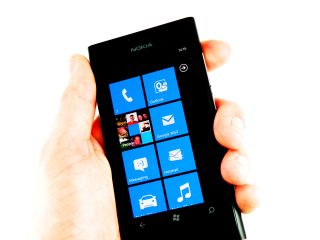 It's been barely a month since the Nokia Lumia 800 was revealed but Nokia's not hanging around, having announced the first software update for the Windows Phone handset.

The update, which will be rolling out to all Nokia Lumia 800 handsets over the next two weeks, makes some minor improvements to the handset, including upping its charging game.

A couple of weeks ago, reports began to trickle in that battery life on the Windows Phone handset wasn't up to much and Nokia's support teams revealed that this first update would improve power efficiency.

All I want for Christmas is improved power efficiency

Another update is scheduled for early 2012 to "deliver more improvements to the software" including increasing the Nokia Lumia 800's battery power from 1300mAh to 1450mAh, if this December update doesn't do it for you.

Thinking of investing in the Lumia 800? Not a bad idea, especially since we didn't have any battery issues when penning our Nokia Lumia 800 review.

And you can see the handset in action in our zippy little video below: