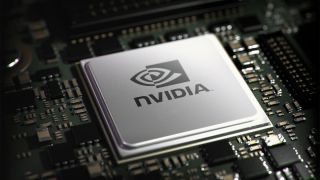 As if leaked pictures and early benchmarks weren’t enough to prove the existence of the upcoming Nvidia GeForce RTX 2060, now we have government filings as additional proof.

Gigabyte has been a busy bee and registered forty different variants of the GeForce RTX 2060 with the Eurasian Economic Commission (EEC). This excessive number of filings not only point to models that would fall into different price points, but also three different SKUs equipped with 6GB, 4GB and 3GB of video memory.

What’s more, it seems Gigabyte has registered graphics cards that may come with different types of video memory including GDDR6, GDDR5X and even GDDR5. This would be a huge departure for a Nvidia Turing-based graphics card, which have all featured GDDR6 memory thus far.

Higher prices have been a major deriding factor of GeForce RTX 20-series GPUs, however, having all these different SKUs wouldn’t really help solve that problem as the performance between all these different versions of the RTX 2060 would be too varied. If anything, it would cause more confusion than help lower the price of entry.

Before we read too deeply into these filings, it’s best to assume Gigabyte may just be putting in filings for every possible variation of the GeForce RTX 2060, including ones it has no intention of producing. As we’ve said it before, be sure to stay tuned for our complete coverage of Nvidia press conference happening soon at CES 2019 in January.