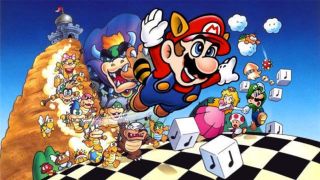 Nintendo is finally making moves into the smartphone space with its Super Mario Run and Fire Emblem Heroes apps, which has lead some to believe it may spread its wings onto even more platforms.

But, if you were hoping to see some Nintendo IP eventually make its way to PC, you're out of luck. In a shareholder Q and A, it's categorically ruled it out.

Noting "incredible growth"  in the PC market and the rise of eSports, the company has stated that its focus remains on its own "integrated hardware-software business."

In other words, despite the relative success of Super Mario Run, and knock-on effect of the Pokemon boom after the third-party Pokemon Go hit, even the mobile strategy is still all about driving sales towards Nintendo's 3DS and Switch hardware.

A Link to the Past Mistakes?

"We are aware that many consumers play PC games. However, we believe that the integrated hardware-software business is the best way for us to provide the surprises and new gameplay experiences that we want to achieve," said Nintendo president Tatsumi Kimishima.

"On the other hand, we offered three applications for smart devices during the previous fiscal year, and, though the content and consumers playing the applications were different, each one was received extremely favorably."

That's not to say Nintendo has never dabbled with PC gaming before. A brief period of lax licensing allowed for some out-there Mario titles to be released on computers, including Mario Teaches Typing and Mario's Time Machine – the weirdest Mario games are a sight to behold. It seems that, having been burnt once, Nintendo is keen not to loosen the leash on its key properties too much.