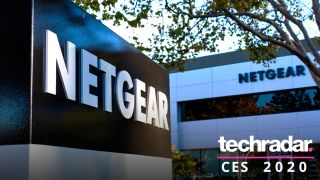 Netgear has revealed its latest range of home Wi-Fi routers at CES 2020 in Las Vegas, and these new products feature cutting edge networking tech that could make a big difference to the range and speed of your home network.

First up is the new 4G LTE Orbi Tri-Band Mesh WiFi Router. As with previous Orbi systems (which we’re big fans of), the 4G LTE Orbi comes with a main router and separate satellites which allows you to cover your entire home with a single Wi-Fi network.

However, as the name suggests, what makes this new Orbi system stand out is that it has an integrated CAT18 cellular modem, which means you can insert a SIM card and access 4G LTE mobile internet, with speeds – Netgear claims – of up to 1.2Gbps.

The idea is that the 4G LTE Orbi system could be used by people in areas where traditional broadband connections aren’t available, just as in remote countryside.

According to David Henry, senior vice president of Connected Home Products, “Up to 22% of American homes and an even higher percentage around the world don’t have a good option for high speed internet…  We are solving this problem for customers by delivering fast broadband for the home, wherever there is mobile coverage.”

The Netgear Mesh WiFi System is also benefitting from an upgrade, and now features the latest Wi-Fi 6 tech for better wireless performance. Using the router on its own, or with extra satellites for better coverage, the Nighthawk Mesh WiFi 6 system offers wireless speeds of up to 1.8Gbps for a growing number of Wi-Fi 6 devices.