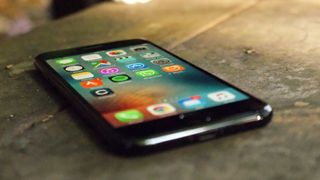 iOS 10.1.1 has been out for weeks now, but if you don’t already have it you might want to hold off, as a growing number of people are reporting that it’s playing havoc with their phone’s battery.

The issue, which was first spotted by Forbes, has only grown, with more and more users claiming on Apple’s support forums and elsewhere that their phones die when they hit around 30% battery - something spotted by TechRadar staff as well.

On top of that, in some cases some iPhones also aren’t rebooting when shut down with a high level of charge, but in both cases they shoot straight back up to around 30% life once plugged in to a charger.

Other users are reporting that their phone simply doesn’t hold a charge, dropping from 100% to below 50% in under an hour of use or just a few hours with no use.

No fix in sight

The issue appears to be most prevalent on iOS 10.1.1, but some users of iOS 10.1 are reporting the same problems and for those having the issue the iOS 10.2 beta doesn’t appear to be fixing it, suggesting there’s no solution in sight.

Not everyone is having the problem, and the iPhone 6S, iPhone 6S Plus, iPhone 6, iPhone 6 Plus and iPhone 5S seem to be the most widely affected handsets, but we’ve seen reports of the iPhone 7 and iPhone SE also suffering from the bug, and it’s entirely possible that other Apple devices are too.

It’s not clear how widespread the issue is but until there’s a fix you might want to think twice about updating to iOS 10.1 or iOS 10.1.1 if you haven’t already.