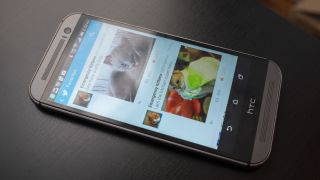 A few days ago we learned Twitter was experimenting with treating favorites like retweets. Now, the test has gone from the study stage to official policy change.

This means users will start seeing more heavily shared tweets in their feeds even if they don't follow the account themselves.

For example, you might follow one person that favorited a tweet that's also been starred by 1,000 other users, and this will show up on your main timeline as if it were retweeted.

"We select each tweet using a variety of signals, including how popular it is and how people in your network are interacting with it," the social media company explained on its website. "Our goal is to make your home timeline even more relevant and interesting."

It's obvious Twitter wants more interaction amongst its users and apparently the company has no qualms with filling up feeds with non-followed tweets. In just the last few months Twitter has introduced new advertisements to promote mobile apps that threatened to spam timelines.

The one good thing about the new surfacing feature is that it will give greater focus to newsworthy or cultural moments like the Ferguson, Mo. protests. On the flip-side, users could just as easily start seeing pointless content they have absolutely no interest in clogging their Twitter timelines.

Ultimately the real problem for many users is they aren't being given any choice in the matter either way.