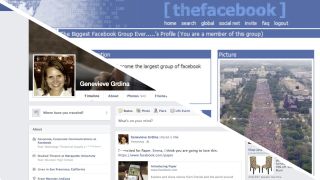 More than 757 million people will pay Facebook a visit on its 10th birthday, which is more adulation than some deities receive. Whether you're among those making a personal pilgrimage or not, Facebook is like Christmas and X Factor winners - it's absolutely impossible to ignore.

The social network, famously conceived exactly a decade ago in a Harvard University dorm room, has grown to permeate practically every other room in the western world. It has developed omnipresence and, in our sphere, only Google can really claim to have similar cultural sway in the 21st century. It is no exaggeration to say it has changed the way we communicate.

But the journey to global dominance and 1.23 billion loyal disciples hasn't exactly been smooth sailing for young Mark Zuckerberg and his band of social warriors.

Since it arrived to unseat an asleep-at-the-wheel MySpace all those years ago. There have been endless lawsuits, innumerable privacy scandals, an initially disastrous stock market floatation, constant forecasts of its demise and near-riots from users whenever the firm makes the slightest unwelcome change.

It ain't easy being King, but it sure does pay well. Here's a look back at some of the ups and downs of the last 10 years.

We all know how the story behind company got its start, in 2004, as an inter-university social tool called "The Facebook."

With its initial exclusivity to Ivy League college students, Facebook was able to build huge intrigue and demand, among those who weren't permitted access. When it arrived on other collages and high schools campuses around the world, people couldn't wait to join this exclusive club and when it finally opened the floodgates to the public in September 2006? Forget about it.

With the integrated option to post photos - something legend claims Zuckerberg was dead set against - users began gravitating over from MySpace, which had become a mismanaged, stale, spam-infested relic of bad web design.

Whereas the once-kingly MySpace failed to adapt to user demands, Facebook allowed its company's path to follow them. It rapidly added new features like private messaging, the almighty news feed, Pages, popular games like Farmville, video, Places and the Facebook Platform API that allowed third parties to build their own tools for the site. By the end of December 2007 it had reached 58 million people.

While some say MySpace's death warrant was signed when it handed over the reins to News Corp, Facebook just about avoided big corporate interference at a key time in its existence.

In 2008, Zuckerberg famously turned down an acquisition offer from Yahoo, while Facebook was still a loss-making company. So the story goes, the boss was into the idea until Yahoo whiffed on its offer and dropped it from $1 billion to $800m. Today Facebook company is worth 150 times that and spending billions on acquiring start ups itself.

No company enjoys such exponential growth without enduring the occasional controversy. Facebook has had its fair share of both.

In those early years, the discourse was dominated by one giant unfriending as the brothers Winklevoss dragged their assertion that Zuckerberg stole their idea for Facebook through the courts. The tenacious twins eventually got $65m in compensation for their troubles (which they spent on Bitcoin), but Zuck has never quite manage to delete that asterisk against his, and Facebook's reputation.

It's presence has perhaps been etched in permanent ink thanks to the myriad of privacy violations attached to Facebook. While the company practically encourages the over-sharing of our personal activity, it hasn't been a paradigm of responsibility when it comes to safeguarding that data.

In 2007, the company launched Beacon, a means of connecting online purchases to Facebook accounts. That was all well and good until purchases of engagement rings and Christmas presents started showing up on users' walls.