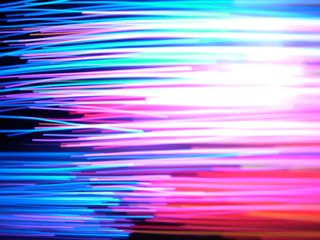 BT Openreach CEO Steve Robertson has spoken out about the disparity in broadband offerings, but backed his company's decision to focus on rolling out fibre optic networks.

Speaking to PC Pro, Robertson admitted there is still a big issue over providing fast broadband to certain parts of the country, but said the government needs to offer more help to address the problem.

"I've got a huge amount of sympathy for people… if you're only getting one meg. Once upon a time the idea of getting a meg down a copper line would have been absolutely ridiculous and amazing experience, but times move on."

Government needs to do more

He also pointed to the amount the government has offered to help get the rest of the UK on 2Mbps broadband or better - £200m - and defended BT Openreach's decision to spend £1.5bn on fibre optics rather than address this problem:

"It comes down to the basic economics. At the end of the day, every pound I spend – or Openreach spends – is money which an investor has made available to us and they need to get a return on their investment.

"In the places where it doesn't make commercial sense for us to do it as a business, we need to work with public authorities, as hard as we can, to bring broadband, and hopefully super-fast broadband, to those places."

To read the full interview, head on over to PC Pro to see all the talk on BT's plans for bringing broadband to Britain.