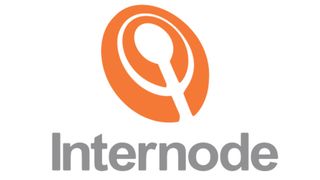 When Optus released its new mobile plans last week, the Australian Communications Consumer Action Network (ACCAN) said that it was disappointed that the telco had lowered the data allowance on some of its plans.

Internode's announcement that it will be increasing data allowances for its ADSL+ Easy Broadband and Bundle plans will come as a welcome inclusion for ACCAN and Internode customers.

The Australian internet service provider's Easy Bundle 30 and 60 plans have increased to 50 GB and 100 GB respectively. Easy Broadband 30 plan will increase from 30GB to 50GB per month and Easy Broadband 60 plan from 60GB to 100GB a month.

The changes will be automatic and no extra fees will charged. Each plan will also be helpfully renamed to coincide with the data allowance changes.

While data allowances have slowly been getting lower and lower over the years for mobile, it hasn't exactly been the norm for home broadband.

Although it is a good sign that Internode has increased its data allowance for some of its ADSL+ customers, the company had actually initially introduced the Easy Bundle with 50GB back in 2010 for the same price it is offering now.

In any case, more data is more than welcome. Let's hope other telcos and ISPs take note.