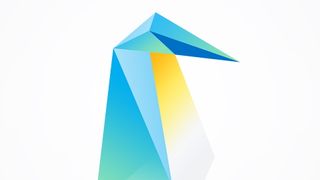 Intel’s Clear Linux distribution looks like it could be the best operating system to run on cheap AMD hardware, with benchmarks showing it outperforms Windows 10 and Ubuntu on a $199 laptop with a budget AMD Ryzen 3200U processor.

The Phoronix website ran a series of benchmarks on a super-cheap AMD laptop from Walmart, and found that Intel Clear Linux beat popular Linux distros Fedora and Ubuntu for 78% of the tests.

Not only is it remarkable that a relatively unknown Linux distro is so easily outperforming established operating systems, the fact that Intel is the company behind the distro is particularly ironic.

As you can imagine, Clear Linux is optimized for Intel processors, but it seems like it works brilliantly on AMD hardware as well.

Clear Linux beat the others in audio and video encoding, graphics benchmarks and battery life tests, amongst others.

Impressively this also meant that Clear Linux outperformed Windows 10 Home, which was pre-installed on the laptop.

One of the easiest ways to eke out better performance from old or under-powered devices is to replace Windows 10 with a lighter Linux distro, and it looks like for the maximum performance gains on cheap AMD hardware, Intel’s Clear Linux is the surprise winner.