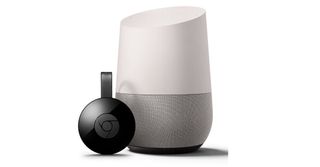 Update: Google says it's figured out a fix for the ongoing Google Home and Chromecast issues, and expects it to make its way to devices over the next six hours. If you can't wait that long, the company also points to where you can go for a faster resolution.

Here's the statement Google sent to us:

"We’ve identified a fix for the issue impacting Google Home and Chromecast users and it will be automatically rolled out over the next 6 hours. If you would like an immediate fix please follow the directions to reboot your device. If you're still experiencing an issue after rebooting, contact us at Google Home Support. We are really sorry for the inconvenience and are taking steps to prevent this issue from happening in the future."

The Google support Twitter account is currently fielding a heap of complaints from users around the world, as owners of the Google Home, Google Home Mini, and Chromecast suddenly found themselves unable to perform basic functions like casting or voice commands.

Hey Daniel, we saw your tweet and wanted to chime in. Our team is aware of this issue and working on a stable fix. Stay tuned.June 27, 2018

Right now, when some Google Home owners ask their smart speaker a question, it can only respond, “There was a glitch, try again in a few seconds”. And, if they attempt to reset the speaker, the Homes sometimes cannot reboot at all.

Chromecast owners have been experiencing similar outages, beginning in the early hours of the morning in the United States. Many users report that they can't stream anything on their Chromecast, nor cast content to devices that support Chromecast.

Google has advised Chromecast owners experiencing the issue to leave their bricked devices on, so as to receive the fix immediately once Google sends it out.

Hey Ahmad, we appreciate the feedback. We'll make sure to pass this along with our team. In the meantime, leave your Chromecast turned on so it can automatically perform an update once the fix for this was released. Thanks for your patience.June 27, 2018

Again, this casting outage hasn’t just affected Chromecast owners. As early as 2:30am EST, users on the Chromecast Help Forum had noticed that the Chromecast icon had disappeared on streaming services like Netflix, HBO and YouTube.

As of publication, this writer couldn't find the cast button on any sites he checked.

We asked Google about the source of the bug and any potential timeframe on a fix. Here's what we were told by Google: “We're aware of an issue affecting some Google Home and Chromecast users. We’re investigating the issue and working on a solution.”

Both Google Home and Chromecast rely on pulling content from the cloud to work. It’s possible that the outages may stem from issues with the servers that host Google’s cloud, but this is pure speculation at this point.

We’ll update this post once Google’s services have begun to go back online. Until then, it may be best to avoid using your Google smart devices, if you haven’t already, so as to prevent any unnecessary headaches.