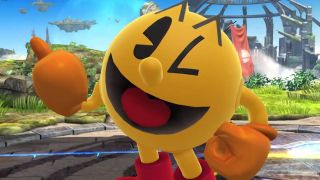 The Smash Bros series has become a wonderful melting pot of Nintendo and non-Nintendo characters, but there's always one who has to ruin it. That one is Pac-Man.

Using a newly-discovered glitch, Pac-Man is able to use his trampoline move to push his opponent through the stage floor, delivering them to almost-certain death.

It's essentially a secret trap door that works on any stage - we expect it to be fixed in a future update.

Going cold turkey on the power pellets was never going to be easy for the round yellow guy, but frankly this is inexcusable. Nintendo, have a word.