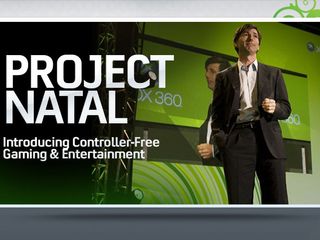 Following recent concerns that Microsoft's Project Natal motion control technology would require an extra large play-space in your lounge, the company has issued a response to assure gamers that the tech will work fine in any given space.

TechRadar reported earlier that a Microsoft rep had commented on how Natal would require at least 13 feet of free space in order to work properly, sparking concern in Britain and Japan because very few of us actually have that amount of space in our living quarters!

Techflash was the source of the reports, with the Microsoft rep telling them: "To be precise, you'll want to clear an area extending at least 4 meters (a little more than 13 feet) away from the television."

Gaming blog Kotaku was quick to check on the facts, as this seemed a little bit fishy. And Microsoft has been quick to reassure gamers that:

"The comments recently about the play space for "Project Natal" were misinterpreted. It is true that the 'Project Natal' sensor reads the configuration of your room and adjusts play space, as appropriate.

"We know that living rooms come in all shapes and sizes, and have conducted numerous play tests to ensure everyone will be able to jump off the couch and into the fun when 'Project Natal' launches globally this holiday."