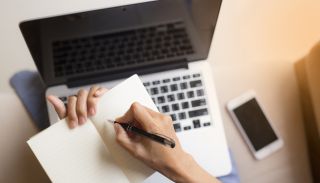 It appears that students in higher education would rather use a Mac than a Windows PC, with 71% of respondents to a recent survey expressing their preference for Apple’s devices.

The survey was conducted by Vanson Bourne, a third-party research firm, for Jamf, an Apple device management company, and it asked 2,244 college and university students across five countries which type of computer they would rather work on, and why.

That leaves 29% of students in the survey using non-Mac PCs – and being happy about it.

So why are some students picking PCs rather than Macs despite wanting an Apple computer? It seems that the relatively high price of Macs and MacBooks means they have to go with PCs instead.

According to Jamf’s research, 51% of students who use a PC would prefer to use a Mac if money was no object.

So, why do students prefer Macs? According to the survey, 64% said they like the brand, while 60% said that the style and design of the Macs played a part. Meanwhile, 59% claim Mac’s ease of use is why they would choose one.

While the results suggest Apple could be pricing its products too high for a number of potential customers, 80% of students who use a Mac reckon Apple’s products actually offer better value than cheaper PCs. This is because – according to the respondents – Macs are longer-lasting, so you don’t have to pay to upgrade so often.

So it looks like Apple actually needs to convince students – and other potential customers – who would like one of their products, but think they are too expensive – that buying a Mac is actually better value than they think.

Apple does offer reduced prices on its products for students in education, which goes some way to helping students who want to use its products.

The results aren’t great for PCs, with only price being the dominant answer when students were asked why they would choose a PC over a Mac. It’s not clear if ‘PC’ refers to Windows computers only or all non-Mac computers, including Linux and Chrome OS laptops.

However, it’s worth noting that the survey only polled a limited number of respondents, and the firm that commissioned the research is an Apple device management company – so it has an interest in convincing people to choose Mac devices.

Still, it could be a sign that while PCs are widely used by students around the world, it wouldn’t take much for many of those students to switch to Macs.