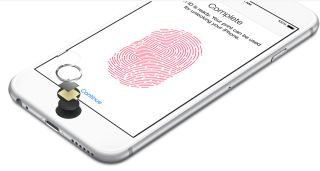 The iPhone. It's an iconic device which is often credited with the birth of the modern, touchscreen smartphone back in 2007. Apple's wildly popular mobile has seen many incarnations over the years, with features coming and going – but can you remember all the features the iPhone used to have?

In a world where the likes of the iPhone X, iPhone XS and iPhone XR have redefined what people think of when the word ‘iPhone’ is mentioned, it’s easy to forget what the iPhone, iPhone 3GS, iPhone 5 and co offered.

We’ve taken a trip down memory lane, and racked our brains to recall the once-defining iPhone features that are no more. Sure, we got a little sentimental writing this, and a few tears were shed, but this is also a celebration of just how far we've come…

Sir Jony Ive's skeuomorphism iOS interface defined the early years of iPhone, with literal icons for pretty much everything providing a unique – and at times, a little confusing – aesthetic.

It quickly become a firm favorite with many Apple fans, and when Apple drastically overhauled the look and feel of its interface with iOS 7 in 2013 there was uproar from media and fans alike.

However, as with most changes in the tech world, skeuomorphism was forgotten after a year or so, and the new-look iOS was embraced as the iPhone norm.

While the original iPhone boasted this connection, it wasn't new for the first Apple phone. Brought over from the firm's iPod range, the 30-pin connector will live long in the memory for anyone who purchased any form of iPhone or iPod dock/speaker/stereo in the early 2000s.

The port allowed easy docking for your iPhone (or iPod), allowing it to stand up with a strong base. However, it was also a wide port, and took up a lot of valuable space in the confined form factor of a smartphone.

So it was no surprise when Apple introduced us to Lightning, its answer to microUSB, offering the ability for the user to insert a cable either way round – a feature USB-C mimicked a few years later.

However, while Lightning had many advantages over the 30-pin port, its thinner form factor meant it was more delicate, which in turn lead to the death of the dockable speakers and other accessories.

Plastic is cheap, lightweight and highly moldable, making it a fantastic material for smartphones, and, hard though it may be to believe in today's all-glass world, iPhones once used it extensively.

The rear of the original iPhone was around one-fifth plastic, while both the iPhone 3G and iPhone 3GS fully embraced plastic bodies.

Plastic (or polycarbonate, to be more exact) reappeared with the iPhone 5C in 2013 – but that was the final time it was used, with Apple choosing not to reboot the 'C' variant of its phones.

The launch of iOS 4 brought a host of new features to Apple’s mobile operating system, and one of those was Game Center (which actually landed with the 4.1 update).

It made gaming on your iPhone more competitive, allowing you to go head-to-head with friends to see who could unlock the most achievements.

The Game Center app was removed for the operating system with the iOS 10 update; however, the functionality lives on. If you head into Settings on your iPhone and scroll down you’ll notice Game Center is still an option.

The very first iPhone featured a mostly aluminum rear, but it wasn’t until the iPhone 5 in 2012 that Apple properly adopted the metal as its material of choice for iPhones.

It was tough and, more importantly, premium in look and feel, helping to give iPhones the signature style that made them among the most desirable consumer products. However, the mobile market shifted, and glass became the new in-thing.

Apple didn't embrace the all-glass finish to start with, but it finally came around in 2017 with the introduction of the iPhone 8, 8 Plus and iPhone X.