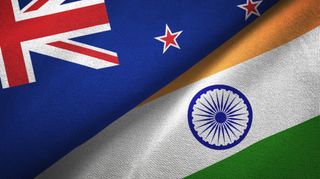 After their run to the World Cup final last year, New Zealand have once again shown why they're such a force to be reckoned with in ODI cricket by winning the current series with the in-form India. Don't miss a moment of the 3rd and final game with our New Zealand vs India ODI series live stream guide.

New Zealand vs India ODI series- where and when

The dates, times and venues for the three-match, day/night ODI series are as follows:

This series marks New Zealand's first ODI action since their painful Super Over defeat in the World Cup final to England last year, and their two wins against India over the last week have shown the sheer talent and competitive nature of the side.

India showed that their injury worries are a real problem with Rohit Sharma set for a spell on the sidelines with a calf injury, adding to the loss of the equally influential Shikhar Dhawan. Their Cricket World Cup semi-final defeat to New Zealand in Manchester last year felt like it should have served as motivation for a revenge victory in the Antipodes, but the Black Caps have gotten the better of them once more.

In India, New Zealand, Australia, or the UK and looking to find out how to watch the ODI matches between New Zealand vs India? We've got all the details about the broadcaster with the rights to show the series in your region below.

How to watch the ODI cricket series in India

Star India and, in particular, Star Sports Select 1 is the official broadcaster of the ODI series on TV.

Coverage is set to start each day the series at 7am IST local time.

How to watch a cricket live stream in New Zealand

Sky has exclusive rights to show the Black Caps' upcoming matches against India, with Sky Sport 2 the channel the action to head to for your ODI fix.

Coverage of the ODI series is due to start each day at 2.30pm NZST.

For cricket fans in Australia looking to watch this ODI series, Fox Sports and the Kayo Sports streaming service will be on hand with live coverage of New Zealand vs India.

Sky Sports has exclusive live broadcast rights to this ODI series in the UK. If you subscribe to Sky Sports, you'll be able to watch each match live on your TV and you'll also be able to live stream all of the action on your phone or tablet using the Sky Go app.

All the action will be live on the dedicated Sky Sports Cricket channel with coverage set to start at 1.55am on each day of the series.