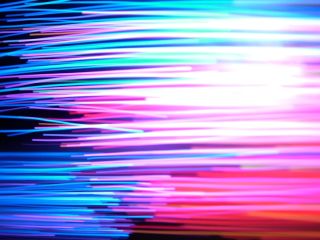 Silicon to replace glass in next gen fibre optics

Scientists have developed a new type of optical fibre that should speed up processing, cut power consumption and boost bandwidth in future computers.

Researchers at Clemson University in South Carolina have made the first fibre-optical cable with a silicon core using mass-production techniques.

Despite not being transparent, crystalline silicon actually carries signals much better than today's glass fibre-optics at some wavelengths. Silicon also allows for the amplification of light, and shifting it from one wavelength to another.

The ability to produce silicon fibers commercially would create the opportunity for more compact devices with decreased power consumption in telecommunications and beyond.

Clemson Uni boffins reckon the technology could be made commercially viable within just a few years.