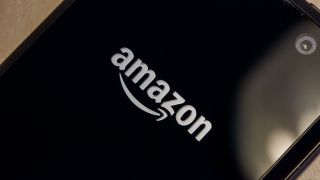 Amazon brings out the big Prime numbers after record Christmas

Amazon's premium Prime membership was given a big subscriber boost in the run up to Christmas, with 3 million new members signing up to the service.

Not only did Amazon see its Prime membership balloon, but this also meant that views of Prime Instant Video doubled compared to the same time last year, with Man In The High Castle being the number-one television show to watch - the Amazon exclusive was almost five times as popular as anything else on the service.

Amazon's devices also proved popular, with double the amount sold compared to last year. Given that Amazon has released a bumper crop of new devices - including the Fire TV Stick, Fire TV 4K and some extremely cut-price tablets - this number does make sense.

Oh, and there was one lucky person who managed to sneak in a very last minute Prime Now order that arrived at their door at 11:59 on Christmas Eve.

Given the package contained Blue Buffalo Dog Treats and Fruitables Dog Treats, we are glad that the family's dog managed to have a very merry Christmas.