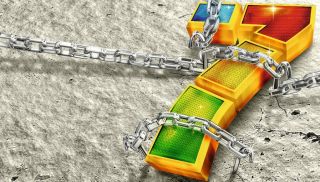 Some Windows 7 users have found that Windows Update has fallen over on their systems, meaning that they can’t receive any security patches or other OS updates.

So what’s happening here? Apparently, patches fail to download and affected users simply receive an error message when running Windows Update on their PCs. They are informed that an ‘unknown error’ has been encountered (helpfully) while checking for new updates, with the error code ‘80248015’.

It’s not clear how many folks have been hit with this particular gremlin, but seemingly it's a fair few. According to some users on the lengthy Microsoft support forum thread regarding this issue (and also some tech sites, such as Ghacks), the root of the problem is an expired Windows file (in the AuthCabs directory) which went out of date on December 3.

Needless to say, Microsoft shouldn’t have let that happen, but the date-related aspect means that there is an easy fudge to get around the problem: simply wind your system date back to before December 3. Windows 7 will then see the file as valid again, and the update process will work happily.

That said, the latest posts (in the last few hours) on the aforementioned Microsoft forum claim that the problem has been resolved by the software giant, with the expired file getting refreshed when checking for updates, and the process now working successfully.

There’s been no official announcement or acknowledgement from Microsoft yet, though, so your mileage could vary – but we’d certainly hope that a fix would have been quickly implemented.

If you’ve been having problems with Windows Update on your Windows 7 PC, we’d suggest you run it again now, and keep your fingers crossed that the error has indeed disappeared.

This certainly seems like an odd thing for Microsoft to have missed, and you’d be forgiven for thinking that the company is taking its eye off the ball where its older (but still officially supported) operating systems are concerned.

Not only have we had this Windows 7 glitch, but a few months back, Windows 8 was also hit by a nasty bug which prevented some users from logging onto their PC with a Microsoft account.

All of which could make for a good argument to upgrade to Windows 10. And indeed the OS conspiracy theorists out there are (naturally) convinced that Microsoft is purposely letting things slip with Windows 7/8, in order to cajole folks into upgrading to its newest platform.

While clearly that isn’t the case, these incidents do demonstrate a worrying lack of attention to detail from Microsoft. Let’s not forget that Windows 7 is still the most-used desktop operating system out there.