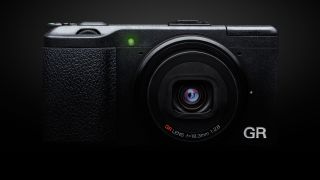 The last 12 months have seen some pretty tasty cameras announced. Sony has launched three brilliant full-frame mirrorless cameras in the shape of the Alpha A9, A7R III and A7 III, while we can't forget its pricey but feature-packed RX10 IV.

Panasonic meanwhile has released the excellent Lumix G9, GH5S and GX9, as well as the Lumix ZS200 / TZ200 travel zoom compact. Then there's Fujifilm with its X-H1 and X-E3, while Olympus has updated its mid-range mirrorless offering with the O-MD E-M10 Mark III and Pen E-PL9.

The big two, Canon and Nikon, have been a little less prolific; hopefully that means both sets of engineers are busy working on all-new full-frame mirrorless cameras, but Nikon has still managed to deliver the mighty D850, which is our favorite camera right now, regardless of format.

But what about Pentax? Back in February it announced the arrival of an update to its full-frame K-1 DSLR, the K-1 Mark II – but it's a pretty modest upgrade, with the biggest change being a new Dynamic Pixel Shift Resolution mode, as well as a new accelerator unit in the camera’s Prime IV image processor to assist the 36MP full-frame CMOS sensor.

The update is so modest that in some territories Ricoh Imaging (Pentax's parent company) is offering current K-1 owners the chance to upgrade their current camera to receive the advanced functions of the new K-1 Mark II. While this move is to be applauded (as long as you don't mind paying the cost, which for example is $550 in the US), it does reflect how little has changed compared to the older model.

When you consider that this is Pentax's first camera announcement since the KP back in January 2017 (with the exception of the Ricoh Theta V 360 degree camera and WG-50 waterproof camera), its does beg the question: what have Pentax's engineers been up to?

This lack of activity was compounded by a recent interview Ricoh executives gave to DPReview at the CP+ show in Yokohama. While manufacturers can understandably be a bit cagey about future product announcements, the news that Ricoh only appears to be at the planning stage of an update to the popular Ricoh GR II APS-C compact, which was launched back in 2015 (and which itself was a modest update to the Ricoh GR Digital launched back in 2013) is a little worrying.

Then there's the matter of an update to the company's flagship APS-C DSLR, the K-3 II – another camera launched in 2015 – with executives saying they've just started development work on its successor.

And what about mirrorless? Pentax has had a couple of stabs in recent years, with its miniature Q system and the ill-judged K-01, but it currently has no plans to develop future mirrorless cameras, instead concentrating its limited R&D resources on K-series bodies and lenses.

We don't want to sound too harsh, but what, exactly, has Pentax been doing for the last couple of years? We understand that it probably doesn't have the luxury of the huge resources of some rivals, but surely some of these updates could have been put into development much sooner, while the apparent lack of interest in mirrorless is worrying.

As things stand, in the absence of some exciting announcements pretty soon, Pentax is at risk of seeing its already small market share dwindle even further.