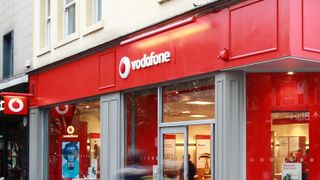 Vodafone India has announced another interesting plan with 4G data and unlimited voice calls. Ever since Reliance Jio’s entry into the Indian telecom sector, the incumbent operators have been battling with their new recharge plans to compete against Jio’s attractive plans.

Under this new plan, Vodafone is offering 90GB 4G data and unlimited local and STD voice calls with a validity of 6 months to prepaid customers. This means that users can use 0.5GB of data per day, however, Vodafone has not kept any restrictions on daily data usage.

The company has not revealed whether this plan is valid for new users only or old users can also recharge with this plan. The same plan is also available for post-paid users, however, the tariff has been increased to Rs. 499 for them.

This plan has been launched to compete against Reliance Jio’s 399 plan under which the company offers 1GB 4G data per day, unlimited local and STD voice calls, free SMSs and access to Jio’s suite of apps with a validity of 84 days. Jio has also announced a Diwali offer for its users under which the customers who recharge with the Rs. 399 plan before October 19 will get 100% cashback in the form of vouchers.

Recently, India’s largest telecom operator, Airtel had announced a plan of Rs. 495 under which the company is offering 1GB data per day, unlimited local and STD voice calls, 99 SMSs per day and free outgoing on roaming with a validity of 84 days.

Interestingly, Reliance Jio recently announced that it is going to update its tariffs on October 19 so we may be seeing many more new plans from these telecom operators after Jio’s announcements. Reports have suggested that the latest entrant in the telecom segment, Reliance Jio may increase the prices of its plans on October 19.