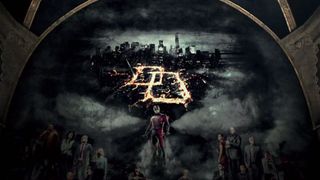 The second season of Netflix's critically acclaimed Daredevil will be released on March 18, as revealed by the season's first teaser trailer.

The teaser doesn't show any live action footage, but instead scans across a series of church paintings that retell much of what happened in the first season – and foreshadow what's to come.

"Your work is not yet finished," says Father Lantom as the teaser closes and the church… well, you'll see.

As is custom with Netflix Originals, all episodes will be available on day one. That's just one week before Batman v Superman: Dawn of Justice hits cinemas.

There has been speculation that both would launch on the same day, but we reckon that might have been superhero overload, so best that they're not.