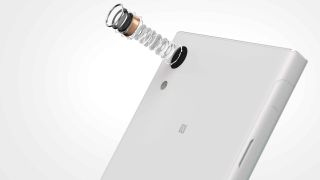 Soon after the launch of Sony Xperia XZs in India, the company has rolled out its mid-range Xperia XA1 smartphone in India at Rs 19,990. Xperia XA1 was first announced at the Mobile World Congress 2017 alongside Xperia XZ Premium, Xperia XZs and Xperia XA1 Ultra. Xperia XA1 is now available for purchase across exclusive Sony Centres and major electronic stores across the country.

The smartphone along with Xperia XZs went on sale today. It is available in White, Black and Pink colours variants. However, the company did not drop any hint of its launch at the Xperia XZs press event.

The Xperia XA1 comes with mid-tier specifications. It is made up of polycarbonate with a aluminium frame shielding it from the sides. On the front, it is protected by a Corning Gorilla Glass, but the company has not specified the version. Surprisingly, the smartphone does not have a fingerprint sensor, which might turn out to be a downside of the device.

On the front it has a 5-inch HD display (720p). It runs a 2.3GHz octa-core MediaTek Helio P20 processor coupled with 3GB of RAM and 32GB of internal storage (expandable via microSD). It supports dual-SIM with 4G and VoLTE support. It runs on Android Nougat with Sony’s own UI skin on top. It is powered by a 2300mAh battery with MediaTekPumpExpress 2.0 fast charge and Sony’s own Qnovo adaptive charging feature.