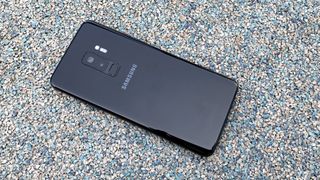 There’s no doubt that the Samsung Galaxy S10 Plus is going to be a powerful phone, but if you need evidence of that there’s now seemingly an early benchmark for the handset, complete with high scores.

This is a Geekbench benchmark for a Samsung handset with the model number SM-G975U. There’s no mention of the S10 Plus by name, but that model has been linked to the phone in the past.

The benchmark includes a single-core score of 3,413 and a multi-core result of 10,256, both of which are high. The listing also includes mention of 6GB of RAM, Android 9 and a Qualcomm chipset, thought to be the Snapdragon 855, which is what the US version of the phone is likely to use.

Interestingly, an earlier benchmark thought to be for the Samsung Galaxy S10 Lite showed far lower scores, despite it packing the same chipset and RAM. It’s not entirely clear why that would be, but at the time we theorized that the low scores could be down to a lack of optimization.

This much closer to launch it’s not surprising that the software on the S10 Plus would be better optimized. Certainly, the scores on this new benchmark are more in line with what we’d expect.

It is worth noting however that while both the single-core and multi-core scores achieved by the Galaxy S10 Plus are higher than any Android handset in Geekbench’s ranking table, they’re lower than a number of Apple devices, such as the iPhone XS and iPad Pro 11.

That’s disappointing but not surprising, as Apple’s chipsets tend to outperform Qualcomm’s in benchmarks. Still, hopefully the final hardware and software of the Samsung Galaxy S10 Plus will be capable of better scores than shown here.