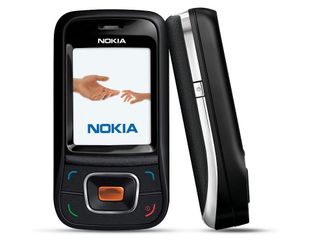 The L'Amour phone will come in black and white

Nokia is gracing CDMA networks with its L'Amour line of tastefully designed mobile phones - starting with the Nokia 7088. Already popular in Europe, the 7088 is the first L'Amour model to be released in the States, as well as other countries using CDMA networks .

The 7088 is a slider phone, featuring a camera for video and stills (at 128 x 160 pixels), an LED flash, voice recorder and calendar function. Nokia describes the curvy phone as having "a jewel-like select key and a sculpted directional pad set into a metallic frame with leather-inspired textures".

"We are pleased to be able to bring this bold expression of style and taste to CDMA customers," said Larry Paulson, vice president and general manager of Nokia's CDMA business.

"The Nokia 7088 is certain to attract instant attention with its beautiful form and generous set of features."

The model will be released in Asia/Pacific, the Middle East, Africa, China and Latin America later in 2007.