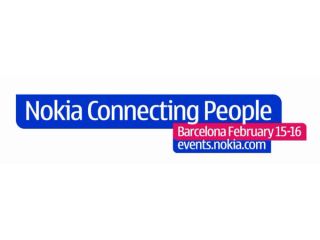 Nokia holding own event in Barcelona

Nokia's plans to not be present at Mobile World Congress next year have been sullied somewhat after it was revealed it will be staging its own event alongside.

Nokia's Events page has been updated to show a new 'Connecting People' event (original from the Nok Boys there) being run from 15-16 February in Barcelona, the same time as MWC.

The reasons given by Nokia last year for the lack of stand at MWC 2010 were that it wanted to increase the focus on its lavish own event later in the year, Nokia World (which is not a theme park, we were disappointed to find out, but a place where it traditionally shows off its new flagship phones).

All about the connections

We have very little idea what Nokia will be putting forth at this conference, although judging by last year's event, it will likely be something to do with its business range (or perhaps even less interesting - we'd love it if it was a two day event for a new pair of Bluetooth speakers).

Although have we overlooked the obvious here? Is Nokia ACTUALLY connecting people, perhaps through some kind of nervous system integration? If that's the case, then we'd like to decline an invite right now...