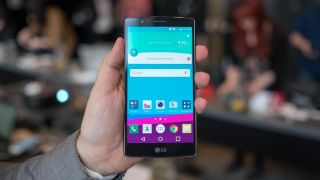 Update: We've received more clarification from LG on its policy for repairing phones with the issue. You can read it in the comment below.

Original: LG G4 owners with a broken, constantly-booting phone - rejoice! LG has finally admitted it's a problem, and even better, has offered a solution.

The hardware defect puts the phone in a boot-up loop where it tries to reset, fails and then tries again - which bricks the phone. No one was able to find a solution to the problem, which turns out is because something was broken inside the malfunctioning phones.

LG has now admitted it's aware of the problem to techradar, with a spokesperson for LG saying, "LG Electronics has been made aware of a booting issue with the LG G4 smartphone has now been identified as resulting from a loose contact between components."

LG is also going to offer fixes for those who have bought defective devices and are still in warranty.

"Customers who are experiencing booting issues with their LG G4s should contact their local carrier from where the G4 was purchased or a nearby LG Service Center (www.lg.com/common) for repair under full warranty.

"Customers who purchased their G4 devices from non-carrier retailers should contact an LG Service Center with the understanding that warranty conditions will differ."

The issue was first raised to our attention through a petition (which now has over 1,250 signatures) asking for LG to formally comment on it and start fixing devices. Hopefully this report will mean a lot of happy customers, with devices being fixed without any big issues.

LG isn't clear on how widespread the issue is yet. "We have no idea how many phones are/will be affected because the issue is hardware related and depends on usage behaviour with the phone, which is why the problem didn't manifest until the end of 2015.

"LG is committed to repairing all phones presenting with this issue."

The spokesperson followed up by saying, "LG Electronics is committed to providing the highest standards of product quality and customer service and apologizes for the inconvenience caused to some of our customers who initially received incorrect diagnoses."

So if your phone is experiencing the problem, be sure to get in contact with LG now.