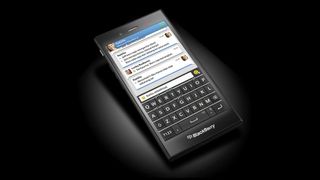 BlackBerry has hinted at a number of new phones currently in development, including a potential high-end flagship handset.

The roster of new phones will be made partly of all-touch handsets and partly of QWERTY keyboards.

And sitting in there somewhere is a model that, according to BlackBerry CEO John Chen, is "flagship material."

That could be the rumoured QWERTY-sporting BlackBerry Q30 Windemere or the Q20 BlackBerry Classic, which was announced back at this year's MWC ahead of a planned late-2014 launch.

Oh yeah, and if you thought BlackBerry might be about to pull another Playbook and jump on the wearables bandwagon, it's not.

Chen said that a BlackBerry smartwatch isn't on the horizon, nor any other sort of wearable tech. Finally, some wise decision-making from the 'Berry.