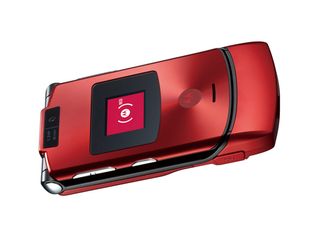 The continuing march of the limited-edition (Product) Red goods that are part of the eponymous charity's drive to raise funds for AIDS relief and research across the world reached Japan today, when Motorola unveiled its red RAZR for the market here.

Available only on the NTT DoCoMo network, the M702iS(RED) RAZR follows soon after an altogether less-altruistic branded RAZR from Dolce & Gabbana. The red phone will sell through the usual DoCoMo channels for about ¥25,000 (£105), of which Motorola will donate ¥1,000 (£4.20) to the anti-AIDS drive.

Even better for the Bono-fronted campaign is the news that DoCoMo will gift 1 per cent of every red-RAZR-using subscriber's monthly bill to the fund until March 2008. The new phone will hit the streets on 27 April.