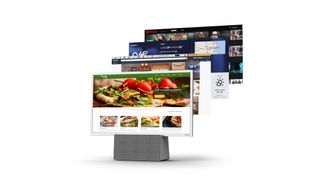 At CES 2018, all of the TV heavyweights are coming out swinging for your wallets. From LG’s 88-inch 8K TV to Samsung’s 146-inch MicroLED monster, TV lovers will have a lot of new tech to ogle in Las Vegas.

But while some companies show off movie theater-sized TVs, Philips is focusing on bringing theater-quality specs to consumer-sized screens. For CES 2018, the company has unveiled their full 2018 lineup, scheduled for release this April, and you’ll hardly recognize the screens compared to their 2017 predecessors.

Philips has partnered with Dolby to bring Dolby Vision high-definition to its new 69- and 59-Series 4K UHD televisions, abandoning HDR10. TechRadar has covered the HDR format war in the past, and Dolby appears to be carving out a major chunk of the high-definition market this year.

Philips has also left behind their proprietary Ambilight backlighting in favor of BrightPro, which is supposedly twice as bright as the old LED system. And their highest-end 69 Series TVs supposedly cover a “wide color gamut” of 75% of all naturally available colors.

The entry-level Dolby 4K TVs — the 59 Series — come in five sizes ranging from 43 inches up to 75. The 59 TVs come built in with dual band 802.11ac wireless LAN featuring MIMO antennas, HDMI 2.0a with HDCP 2.2 and Sonic Emotion Premium audio, enough to satisfy most gamers. It’ll easily handle 4K games or Twitch streams, as well as upscale any standard content to 4K levels. And its built-in NetTV+ platform enables 4K streams from Netflix, Hulu and Vudu.

The 69 TV series sells in 50-, 55- and 65-inch sizes, and builds off of the 59’s features. Along with the wide color gamut capabilities mentioned above, it has an upgraded BrightPro2 backlighting system. These features help maximize the brightness, hues and subtle tones that Dolby Vision is known for.

While Philips has released its 2018 TV specs, it hasn’t released prices yet. Of course, some TV buyers won’t feel the need to pay extra for Dolby or 4K capabilities; for those perfectly happy with Philips’ 2017 Ultra HD format, you can try the 57 Series. It makes up for its lack of 4K capabilities by using HEVC and VP9 hardware decoders to keep 4K video sources as close to their original quality as possible.

And if you’re a current TV owner not ready to upgrade your TV but in need of better streaming quality, you can opt for Philips’ new 4K UHD Blu-Ray Player, which both upscales non-4K sources like DVDs and, like the 57 Series, optimizes 4K streams for non-4K TVs. The newest model will be available this summer, but the current high-end model prices at $299 USD (around £220 / AU$380).

Philips isn’t just hitching its TVs’ success to the Dolby wagon; for its smaller TV models, it's counting on the exploding popularity of Google Assistant to attract users in love with hands-free tech.

In the second half of 2018, it'll release the Philips 7703 Series model, a 24-inch LED Android TV designed to sit in your kitchen: it’s built with a built-in microphone, Bluetooth speaker, Chromecast, and Google Assistant.

Like most assistants these days, this TV is always listening, so you won’t need to press a controller button with fingers covered in batter or grease to activate the mic: you can change the channel, pull up a recipe from your phone onto the screen, or buy groceries with ease.