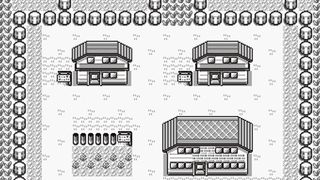 Based on its recent console re-release trend, we’re starting to think that gaming is simply a front for Nintendo and that the company has been working on a shrink ray for the past few years. The name for the Wii must have been inspired by something, after all.

Now that we have the NES Classic Mini and the SNES Classic Mini, a trademark has appeared in Japan which suggests the next console being used to test the Nintendo Shrink Ray could be the original Game Boy.

According to Ninten-Switch.com, the trademark application that was tweeted out by a Japanese trademark bot was filed on September 15 and is for “the first Game Boy” , first released in 1989.

It covers a variety of use cases including “home video game console” programs as well as “programs for smartphones,” “smartphone cases,” and “smartphone covers.” It also covers less software-learning use cases such as “key holders,” “necklaces,” and “watches.”

A trademark application this broad is, of course, no indication that Nintendo has any plans to release a Classic Mini Game Boy but it’s interesting timing given the recent release of the SNES Classic Mini.

To us, the natural progression would be to continue re-releasing the company’s home consoles by moving onto the Nintendo 64 Classic Mini. This is a belief that was strengthened by a recent European trademark filing for a Nintendo 64 controller drawing.

Though we wouldn’t object to a Game Boy Classic Mini at all, there are some limitations to it. Though its games would arguably be easier to emulate than those of the Nintendo 64, it’d be hard to create a miniature Game Boy that’s affordable and true to the original and include a screen. There's also the fact that you can get a large number of the original Game Boy games on the Virtual Console already.

That said, Nintendo did prove it can go tiny and functional with its 2005 Game Boy Micro so if the Game Boy Classic Mini were to emerge, we imagine it’d be something similar to the miniature Game Boy Advance. And the success of the NES and SNES Classic editions is proof enough that existing emulations won't stop Nintendo fans seeking out a more authentic form factor.

With the DS line and the Nintendo Switch on the market, Nintendo clearly has no problem with splitting its time between home consoles and portable consoles. A miniature Game Boy could simply be a way to break up its classic lineup in a similar way.