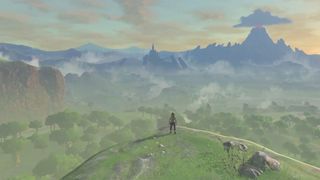 It seems that Nintendo’s Legend of Zelda: Breath of the Wild development team has taken some sage-like advice from Creative Fellow Shigeru Miyamoto’s book, as they're rumored to be delaying the launch of their upcoming game until several months into the new year. (Miyamoto, remember, was the one who said “A delayed game is eventually good, a bad game is bad forever.”)

The sources of these rumors are Nintendo insiders who originally spoke to Emily Rogers, telling her that the Breath of the Wild was “more work” than originally anticipated. Since Rogers’ initial report, Eurogamer has corroborated that rumor with sources of its own, as has another member of the media, Laura Kate Dale.

In both instances, sources have said they expect the game to be finished in December, but state that the new launch date will be sometime much later in 2017, after the game has undergone extensive QA testing.

Breath of the Wild, which was originally shown off as a tech demo during E3 2015, resurfaced at E3 2016 this year with a playable demo, and was then shown off again during the debut trailer for the Nintendo Switch.

Many gamers (myself included) had assumed that Nintendo chose to show off Zelda with the debut trailer because it had plans to either bundle the two together when the console launches in March of next year or, at the very least, sell the game alongside the console.

It appears now that both scenarios are unlikely to happen.