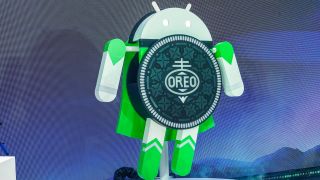 Android 8.0 was released by Google on August 2, calling it Oreo. But if there's one problem Android phones have always had, it's with getting updates. Users want the newest version of Android software on their phones, but not many have it just yet. But after more than a quarter since its launch, some companies have indeed announced a roadmap for their devices.

Here are the smartphones that you can expect Android Oreo on.

Starting off with Google, the Android-maker has revealed that it will be updating the Pixel phones, the Nexus 6P, Nexus 5X and the Nexus Player to Android 8.0 Oreo. For the Nexus 5X and Nexus 6P, Oreo may be the last major update, though it is possible that Google may try to leverage Project Treble and continue delivering major updates to these devices.

Samsung has a huge number of devices on the market at any given point of time. The Korean giant releases several devices every few months, so it can be pretty difficult to keep a track of which devices are likely to get the official Oreo update.

The company has never been the best at providing updates, but its flagship phones are usually updated. Here's what we know about Samsung phones to get Oreo.

HTC has been promising to release major Android OS updates faster than usual. The company has confirmed that the HTC U11 will receive the Oreo update, but there's no confirmation on any of its other phones yet. Below is a list of devices that are most likely to be updated to the latest version of Android.

Motorola’s smartphone portfolio has expanded drastically in the last year or so. The company has smartphones in the high-end, mid-range, budget segment as well as the entry level segment. Even though Motorola uses stock Android on its phones, it may take a while for the update to hit your device.

Xiaomi's Mi and Redmi lineups may be extremely popular in the country, but the company has a poor track record with updates. While the company provides MIUI updates long periods, they don’t always come with an updated version of Android.

The rule of thumb, of sorts, when it comes to Xiaomi’s phones is that the Redmi series always gets only one Android OS update, regardless of the MIUI version. The Mi series, on the other hand, gets OS updates for a much longer period. The Mi3, for example, was launched with Android 4.3 Jelly Bean and was updated till Android 6.0 Marshmallow.

The said, the Android One powered Mi A1 has the distinguished honour of being the first budget smartphone to run on Android Oreo.

The most recent LG smartphones like the V30+, G6 and Q6 are very likely to be upgraded to Oreo. The LG G6 is expected to get the Oreo update from February 2018 onwards.

It's unclear whether last year's flagships, the G5, V20, will get the update, but they should.

Asus has already confirmed that it will be updating the entire Zenfone 4 and Zenfone 3 lineup to Android 8.0 Oreo by the second half of 2018. One would expect the company to start with its most expensive devices and move on to the budget offerings.

While Sony hasn't confirmed updates officially, the following are the devices that are expected to get the latest version of Android. The company is also responsible for the first non-Pixel Android Oreo smartphone in the world with the Xperia XZ1.

Like Vivo, Oppo too hasn’t been particularly fast when it comes to pushing out Android updates. That said, users of the following Oppo phones can expect to get the Oreo update.

Huawei has reportedly started testing the Android 8.0 Oreo update on its devices – specifically, the Mate 9. The company needs to get its act together with Android updates and we expect more phones to be updated this year.

Smartron has announced that the Srt.phone, its latest smartphone, will get the Oreo update. There are reports that suggest that the t.phone will also be updated to Oreo, but it has not been officially confirmed yet.