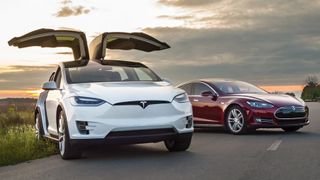 The number of everyday items that a smartphone is able to replace continues to grow, with cameras, media players, computers, and wallets amongst them, and soon we could be adding ‘car key’ to that list.

As discovered by 9to5Mac, the recently-released beta version of iOS 13.4 for developers contains mention of a “CarKey” API. It’ll work similarly to some modern keys that only need to operate on proximity to unlock, lock, and even start the car, and will be compatible with both iPhone and Apple Watch.

Some text found in the API reveals that the function will be contained within the existing Wallet app, and similarly to how Express Transit Cards currently operate, won’t need to use Face ID to verify the CarKey’s interaction after the initial pairing.

“To use CarKey, hold iPhone or Apple Watch to reader. It will work automatically, without requiring Face ID. You can change express mode settings in Wallet.”

This means you’ll be able to use either your iPhone or Apple Watch to unlock and start your car even if they’ve run out of battery.

More uncovered information in the API appears to hint at the ability to share the key to others that have an Apple device with the Wallet app installed, providing access to your car to anyone you desire (ideally, family members).

The process requires you to first install the car manufacturer’s app and then place your phone on the car’s NFC reader and find the relevant item in your Wallet app. From there, you can add it to your Apple Watch.

Obviously there’s going to be some catches, and the most glaring of them is that it will only work with NFC-compatible cars, which rules out a vast swathe of older models.

There’s also been no official announcement from Apple regarding the feature, so we can’t be entirely certain it will launch at all at this stage, although given the amount of information contained in the API, it’s looking quite likely.