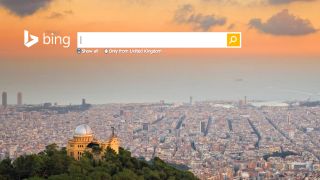 By now, you've probably heard the news that Google has a new parent company called Alphabet. And like some of us, your initial reaction was probably "is this a joke?".

Google's big restructuring left some people scratching their heads, while others have been poking fun - including Microsoft, it appears.

When you type in abc.wtf (rather than the correct Alphabet URL abc.xyz) you'll be redirected to Redmond's search engine, Bing. As some people on Twitter have pointed out, it also works with abc.fail.

Shots fired. We've contacted Microsoft to confirm this is a deliberate joke and not just a bizarre coincidence.