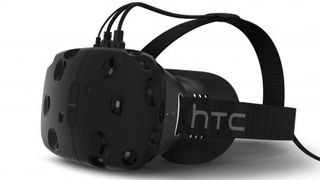 Seems like somebody at HTC HQ has been flipping through the pages of future-gazing virtual reality bible Ready Player One, if the latest news surrounding its next-gen Vive headset is to be believed.

According to reliable HTC leaker @LlabTooFeR, a HTC Vive 2 headset is currently under development with a codename that'll be familiar to readers of Ernest Cline's best-selling novel about a future obsessed with VR:

Oasis is a fitting name for any potential HTC Vive 2 then, seeing as it's the name of the metaverse that players inhabit in Cline's advanced virtual reality world.

Though it's unquestionably the best virtual reality headset commercially available at the moment, the HTC Vive's prohibitive cost and space requirements, paired with only a slow trickle of software, has made its uptake relatively slow.

But it's not the first time we've heard HTC might be working on an upgraded version of the Vive. Bulgarian company Quark VR revealed back in September that it was working alongside HTC to build a prototype headset that would work wirelessly, using a Wi-Fi connection.

First revealed back at MWC in March 2015, all eyes will be on Barcelona for MWC 2017 to see if our next peek into HTC's virtual world will be unveiled again there too.