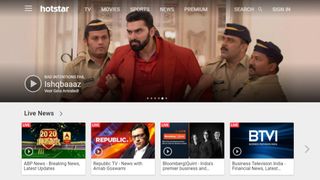 One of the leading streaming services, Hotstar, has reduced the annual subscription fee to match Amazon Prime’s price of Rs 999. Earlier, the annual fee used to be Rs 1,200 with monthly subscriptions priced at Rs 199. The 49% discount was introduced right after Star India, Hotstar's parent company, secured the worldwide broadcast and digital rights for Indian cricket.

This isn’t to say that this is the first time Hotstar has introduced such an offer. Back in October last year, the annual subscription was as cheap as Rs 696, essentially a 70% discount. The online streaming service offers new discounts every month, but this particular price puts Hotstar at par with Amazon Prime.

The only loophole is that to be eligible, the users can’t have an active subscription already in place. That means if Hotstar’s already pulled a user in with one of their previous discounts, then they’re already locked into an ongoing subscription. But, the silver lining is that Hotstar is extending ongoing annual subscriptions already in place by two months.

Having the rights to Indian cricket globally is probably one of the reasons behind this discount since with lower rates, the service can attract more users. Hotstar can then use economies of scale to its benefit by drawing greater profits at lower margins by boosting sales.

By beating out Bennett, Coleman and Company along with Sony Pictures Network, Star India has added another card to its deck, cementing its dominant position within the market further.