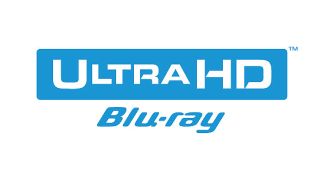 The Blu-ray Disc Association (BDA) has just announced it is to start licensing for Ultra HD Blu-ray on August 24.

Having the licensing in place for the end of August means that come the Internationale Funkausstellung show (we're starting to think that's how we should always refer to IFA) in September, every content and hardware manufacturer is going to be able to have their products officially recognised as Ultra HD Blu-ray compatible.

That means we can expect a whole host of new Blu-ray players and content announcements at the Berlin show.

The licensing doesn't though mean we'll have devices and discs particularly soon, but it does mean what we see at the show will be fully compatible with the official spec and also that we're definitely on track to see Ultra HD Blu-rays arriving in time for the holidays this year.

It's great news for us rabid resolution hounds as it means we're going to start seeing serious, tangible amounts of Ultra HD content to consume on the new generation of 4K UHD TVs.

Part of the difficulty in driving adoption of the new TV standard is that there has been a real dearth of content to get the most out of them.

Netflix, with its Ultra HD offerings, is trying to bring content into the home and BT Sport in the UK has just launched the region's first Ultra HD broadcast channel, but the addition of physical media you can pick up and own can only help.

It might seem strange to pin hopes on optical media when that's been seen as a dying market anyway, but there are tangible reasons for it's potential success.

"Ultra HD Blu-ray enables the delivery of an unparalleled, consistent and repeatable experience that will set the standard for Ultra HD entertainment, the same way Blu-ray Disc did for high definition viewing," said Victor Matsuda, chair, BDA Promotions Committee. "With the commencement of licensing we would anticipate product announcements from various companies as we approach the 2015 holiday season."

Not just about the discs...

The Ultra HD Blu-ray spec doesn't just mean we'll be getting native 3840 x 2160 content for our 4K UHD TVs, part of the spec also demands that each Ultra HD Blu-ray player is backwards compatible with the previous standard. Being able to play your existing Blu-ray discs means you only have to start replacing your library when the remastered classics you absolutely must have get released.

Another part of the spec concerns the digital bridge feature. This is meant to bring physical media into the present, allowing you to shift the content around to different devices not necessarily plugged directly into the Ultra HD Blu-ray player.

Ultra HD Blu-ray will also usher in other new image standards too - offering support for both high dynamic range (HDR) content and wider colour gamuts, as well as higher frame rates up to 60fps.