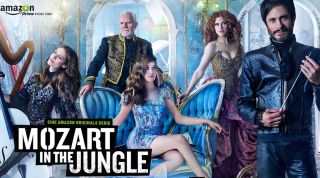 If you've been waiting to get an Amazon Prime subscription, this weekend may be the time to sign up.

To celebrate winning two statues for its original series Mozart in the Jungle during last Sunday's Golden Globes Awards, Amazon Prime subscriptions will drop from $99 to $73 this weekend only.

The discount will be available starting tomorrow at 9pm PT and ends at midnight on Sunday, and is available to new sign-ups.

A Prime subscription gets you access to Amazon Prime Instant Video, as well as free two-day-delivery on certain products, and starting this week, 20% off pre-order and new release games.

This isn't the first time Amazon has discounted Prime subscriptions after winning at an awards ceremony: the company dropped the price to $67 after winning five awards at the 67th Emmy's show last year.

This time, Amazon will also allow non-subscribers to check out the show this weekend for free through the Amazon Video app starting on Friday at 9pm PT.

It's unclear if the discount is US-only, though we've asked Amazon and will update this story once we hear back.