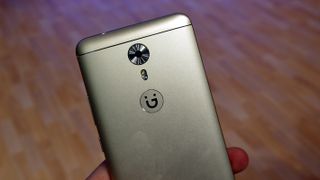 Chinese smartphone maker Gionee aims to go big with an investment of Rs 650 crore to acquire a spot among the top 5 smartphone brands in India.

The company will increase their marketing budget by 30% compared to last year, which is an increase from Rs 500 crore to Rs 650 crore. The investment is aimed to capture 20% of the market share in the smartphone segment priced between Rs 8,000 to Rs 20,000. Eventually, the goal is to hit a top five spot in terms of market share by the end of this year.

“Our strategy is around capturing 20 per cent share in smartphones prices in the range of Rs 8000-20,000,” Gionee India National Sales Director Alok Shrivastava told PTI.

“We will focus on strengthening our presence in 42,000 retail outlets rather than further expansion,” he added.

On being absent from the market for last six months, Shrivastava explained, the company was reworking its marketing strategy and product portfolio for India. Additionally, he said, the company will increase the number of exclusive service centers from 477 to 650 by the end of this year.

Gionee, on Thursday, released two new F205 and S11 smartphones in India. The new phones have launched five months after the Gionee S10 Lite launched back in December 2017.

We can expect more phones in the same category with aggressive price tags soon. To get to the top 5 smartphone shippers in India, Gionee needs to topple leading brands like Vivo, Oppo and Honor from the number 3-5 spot in terms of market share.