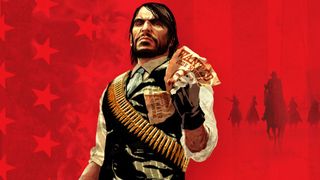 It's hard to think of two more highly-praised and eagerly-anticipated gaming franchises than Grand Theft Auto and Red Dead Redemption from Rockstar. But if you've been a long-time Nintendo console diehard, you'll have missed out on some of these great titles as Nintendo failed to bring them to its machines.

Could that be about to change with the super-popular Nintendo Switch? A new report, to be taken with huge dollop of salt, from Reddit game leaker DasVergeben, suggests that the last-gen Red Dead Redemption and Grand Theft Auto V could be making the leap to Nintendo's portable platform.

Among of list of games posted as part of what is apparently a leaked Nintendo Direct broadcast line-up sits a port of GTA V, with a comment that Red Dead Redemption would follow.

DasVergeben has some experience in landing on insider gaming knowledge, accurately plotting that the Teenage Mutant Ninja Turtles would feature in brawler Injustice 2.

While the buzz around Red Dead Redemption 2 would make an RDR 1 port a license to print money, it's a little hard to believe. It was a notoriously troubled development, said to be built on devilishly intricate code. To port it could be a huge financial and resource investment that Rockstar would be unwilling to make, let alone taking into consideration the potential legal tie-ups that have so far made the game a PlayStation Now streaming exclusive for Sony.

But Grand Theft Auto V is a different beast – Rockstar already has experience reworking and porting the title, and as arguably the bigger franchise of the two, would seem a safer bet to push resources onto. With the re-release of Rockstar's L.A. Noire on the Switch, it certainly appears open to the idea of working on Nintendo's latest platform. Watch this space...