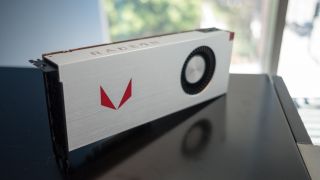 There are plenty of reasons to go out looking for the best graphics card deals. Maybe you took one glance at the system requirements for Battlefield V and shed a single tear for your ailing GPU. Perhaps you’re trying to make some cash on the side through cryptocurrency mining. Whatever you’re planning on doing with it, you should be able to get the best deals and prices on graphics cards.

The MSRP, or manufacturer’s suggested retail price, is often exceeded by third parties to the point where its wholly irrelevant to the value of the card. Instead, you have a market that’s so wildly variable in pricing, that finding the best graphics card deals can be extremely hard to find.

That’s where we come in. Here at TechRadar we’ve searched far and wide for the best graphics card deals of the week, closely followed up by the best long-term graphics card deals that we don’t see going out of style anytime soon. For when you’re looking to introduce unwieldy amounts of graphical prowess to your gaming PC, without spending a ton of money, keep reading.

The GeForce GTX 1080 Ti is lauded for its muscular 11GB of GDDR5X video memory and its ability to tackle Ultra HD 4K gaming at frame rates that will make you grin. It would normally set you back at a substantial sum, but you can regularly pick up MSI’s version of the GeForce GTX 1080 Ti at a great discount and it comes with an included copy of Destiny 2 as well.

We don’t talk about it enough, but the GeForce GTX 1070 Ti is truly something special. Its pricing and performance is situated somewhere between the GTX 1070 and 1080, so it’s much better at handling the 1440p games of 2017 than the 1070. Frankly, this price is so close to that of the GTX 1070 Ti’s weaker sibling that we thought it necessary to point it out.

Likely to remain at this price for quite some time, PNY’s GeForce GTX 1060 is cheaper than some of the discounted versions of this card you might find from alternative manufacturers. Granted, it only has 3GB of GDDR5 memory, but it's more than enough to play a wide library of 1080p games and it's still, it’s a GTX 1060 for less.

For when your finances are either in the hole or you’re just frugal, Gigabyte’s GeForce GT 1030 is a reasonable option as well. It’s certainly a cheaper way to get 4K video playback than upgrading to a new Intel Kaby Lake or Coffee Lake motherboard and processor. Better yet, it can play older games at 1080p without hiccups and we’re sure you could do some Bitcoin mining with it.