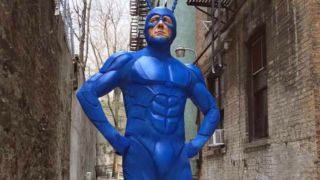 Update: Not so fast, says Amazon. In a statement sent to The Verge, the online retail/everything giant said, "We have no plans to create a free, ad-supported version of Prime Video."

It left it at that, but with AdAge's report providing a decent amount of details, it may not be too long before we see a free version of Prime Video become available anyway.

Amazon is a little late to the world of on-demand TV streaming, but AdAge reports that the massive online retailer is trying to catch up by developing a free tier for its Prime Video service.

Much like the least expensive version of Hulu (or, you know, regular TV), the potential service would be supported by ads.

In the US and UK, Prime Video is generally advertised as a side perk of Amazon's popular $99/£79 Prime membership service, but it's also possible to buy a standalone monthly subscription.

This, in fact, is the only way to access the service to Australia (for AU$5.99). Considering that Prime Video is now available in more than 200 countries, this could be a more profitable venture than it may initially sound like.

To sweeten the deal, according to an anonymous source, Amazon is toying with the idea of letting third-party content creators make their own channels, allowing Amazon and the creators to share a portion of the ad revenue.

It's a significant move, as Amazon also seems eager to use the free tier to extend its content library far beyond what its studios currently provide. The report claims that Amazon wants to "dive into back catalogs of TV and movie studios" in order to provide more content for children, along with shows focused on cooking, travel and other activities.

Wall Street analysts claim that Amazon will have already spent a whopping $5 billion on content by the end of the year, so this would also be a way to recoup some of that cash aside from merely hoping its shows will entice customers to sign up for Prime.