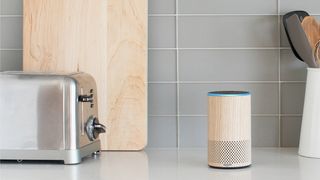 The practice of having human beings review digital assistant recordings for quality control purposes is back in the news, and following Apple's pausing of the process, Amazon has also decided to let users opt out of the reviews.

Bloomberg reports on the change in policy that happened on Friday, which will see the Alexa privacy settings tweaked in the apps for Android and iOS, so you can opt out if you want to.

"We take customer privacy seriously and continuously review our practices and procedures," Amazon told Bloomberg. "We'll also be updating information we provide to customers to make our practices more clear."

Like Apple and Google, Amazon says only a small portion of Alexa recordings are reviewed by its team, though information like users' first names and their locations do come attached to some of the audio clips.

You and your recordings

A few days ago Google stopped the practice of having human beings transcribe recordings from the Google Assistant – at least in the EU, where the tech giant is currently under investigation from regulators.

In Google's case, part of the reason for the manual review is to improve the detection of different languages, it says. No personal user data is attached to the audio clips, apparently.

Even if the quality control reviews use a small fraction of all recordings, and anonymize them along the way, most users will probably still want the choice to decide whether or not their clips get used in this way.

Both Google and Amazon offer you the option to delete recordings that have been saved up from their servers. That's not yet the case with Apple and Siri – though Apple doesn't keep any recordings that aren't being reviewed anyway.