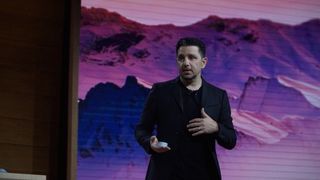 It seems like Microsoft is looking to bring some of the success its Surface devices have enjoyed to Windows 10, with the news that it is making Panos Panay the head of the new Devices + Windows group, which will combine his work on overseeing Microsoft’s Surface devices with Windows 10 (and other Windows products).

It’s no secret that Windows 10 is currently a bit of a mess. Sure, it’s more popular than ever (thanks in part to Microsoft killing off Windows 7), but a recent run of faulty updates has brought loads of problems to Windows 10 – and has seriously damaged its reputation.

Meanwhile, Microsoft’s Surface devices, including the Surface Pro 7 and Surface Laptop 3, have been steadily building up a committed fanbase with a string of releases that have seen positive reviews and strong sales.

Under Panay, Surface devices have developed a reputation for being stylish, well built and aspirational bits of kit – everything that Windows is failing to be.

Having a team that works on both the hardware of the devices as well as the software it runs on is similar to how Apple works with its Mac and macOS teams.

The future of Windows

For anyone interested in how Panay’s new role will affect the future of Windows, MSPowerUser has published an email Panay sent to Microsoft staff.

In it, Panay states that “I’m very excited to lead the Windows Client for Microsoft, which will help us streamline our decision-making processes, be clear on our priorities, and deliver the best end user experiences from silicon through operating systems across all Microsoft apps and service connected devices.”

He continues to say that: “Designing hardware and software together will enable us to do a better job on our long term Windows bets (dual screen, silicon diversity, connectivity, app platform, etc),” and that this could lead to more innovation.

It’s certainly a change that can only benefit Windows 10 at the moment. Let’s hope Panay’s new role delivers on these promises.