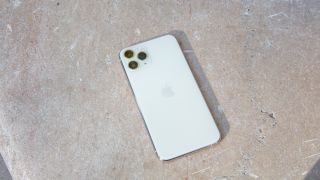 The iPhone 11 Pro Max (above) could be getting a lot of successors (Image credit: TechRadar)

2020 could be a big year for Apple: it's being tipped to push out more iPhones than ever over the next 12 months, with four iPhone 12 models rumored to be launching in the second half of the year, following an iPhone SE 2 in the first half.

That’s according to Ming-Chi Kuo (an Apple analyst with a good track record), who said as much in a research note obtained by MacRumors.

These phones will all apparently have OLED screens, support 5G, and resemble the iPhone 4, with a new, flatter metal frame, which is something we’ve heard before.

The iPhone SE 2, meanwhile, will apparently have a 4.7-inch LCD screen, one rear camera, and won’t support 5G. This model is said to resemble the iPhone 8, complete with a Touch ID home button, but with a newer A13 chipset and 3GB of RAM.

What’s interesting about these claims is that until very recently rumors had only been talking about three iPhone 12 models. Then, we heard from a JPMorgan analyst that there might be four, a claim which Kuo seems to agree with.

We’d take this with a pinch of salt for now though, as it doesn’t sound like there would be much to differentiate the two 6.1-inch models. Still, if there really are this many iPhones on the way then we’re sure to hear plenty more about them soon.

It's not too early for iPhone 13 rumors either – the word on the Apple street is that the 2021 iPhones might come without any ports at all.