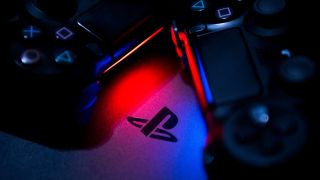 We may not know exactly what's under the hood of the PS5, but a new rumor is already suggesting that Sony's next-generation console will have better overall performance than the Xbox Series X. But we're not convinced.

The rumor comes via industry insider Tidux on Twitter, who claims that, while the CPU of the PS5 and Series X will be equal, the PS5 will have more RAM and a better SSD - making its performance better than Microsoft's next-gen console.

However, there's some inconsistency to this claim, as the Series X apparently has a better GPU, which is the key factor in any hardware's performance.

While Tidux has previously leaked PlayStation information correctly (such as the PS4's UI and features), to us, this new claim doesn't add up.

On the surface the assertion that the PS5 will be more powerful than the Xbox Series X stands up, after all there are two specs, SSD and RAM that are 'better'. However, upon closer scrutiny this claim kind of falls apart.

The leak suggests that the SSD is faster and more capacious on the PS5 than the Xbox Series X, and while that's definitely a cool feature, in our experience it doesn't make a huge difference in gaming. It might shave off a fraction of a second in loading times.

RAM bandwidth, which is suggested to be faster on the PS5, could make a pretty significant difference, but because both consoles are going to be running off of the same graphics and processing architecture, we wouldn't put much stock in that actually being the case. Likely, even if the PS5 does have more memory bandwidth, it would be so insignificant that it simply wouldn't matter at the end of the day.

At the end of the day, we won't know how powerful the PS5 and Xbox X Series will be until they're actually in our hands. Because both consoles will be running off of the same AMD Navi and Zen architectures, it's unlikely there's going to be a huge disparity in performance either way, and at the start of the generation at least, games will be pretty indistinguishable between the two consoles.

We should hopefully know more soon

With the PS5 reveal rumored to take place in the near future, we should soon get a better idea of how accurate this information actually is. Although, we're not quite sure when Microsoft will show its hand spec-wise - maybe at E3 2020?

Until then, we can only really speculate on potential specs for the PS5 and Xbox Series X and how they will compare. Either way, we're expecting both to be absolute powerhouses.