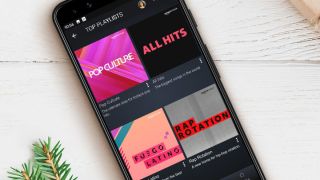 Amazon has announced that its music streaming service, Amazon Music, has surpassed 55 million subscribers, with paid subscriptions to Amazon Music Unlimited growing by 50% over the last year.

That means Amazon is closing in on Apple Music, which reported 60 million subscriber numbers in mid-2019, according to the Financial Times.

However, both Amazon and Apple have a long way to go if they hope to unseat Spotify from the music streaming throne; the world's most popular music service hit 113 million subscribers in October last year.

Vice president of Amazon Music, Steve Boom, had this to say: "Our strategy is unique and, like everything we do at Amazon, starts with our customers. We've always been focused on expanding the marketplace for music streaming by offering music listener's unparalleled choice because we know that different listeners have different needs".

Over the past year, Amazon focused on giving its subscribers lots of choice, bringing in new subscription tiers like Amazon Music HD.

The new plan means that customers in the US, UK, Germany, and Japan can stream their music in Hi-Res codecs, allowing them to "hear their favorite music the way the artist intended".

Amazon Music HD is the brand's answer to Tidal. Eventually, over 50 million lossless songs will be available in CD-quality, with more tracks available in even higher resolutions.

Amazon Music also offers free listening, but that comes with ads.The ad-free monthly subscription to Amazon Music Unlimited costs $9.99/£9.99 for standard users, $7.99/£7.99 if you’re an Amazon Prime member and $4.99/£4.99 for students. These subscriptions can be used across multiple devices, but offer only one user profile.

Spotify, by comparison, offers just two tiers: Free and Premium (although Spotify Premium does have varying prices for individuals, students, and families).

Whether this strategy will ever be enough to topple Spotify is unclear – after all, Amazon has a long way to go if it wants to match its biggest rival's subscriber numbers. However, toppling Apple Music looks like a far likelier prospect for Amazon's growing streaming service.