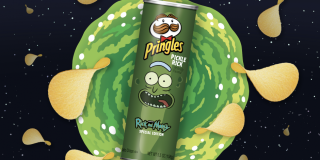 The Super Bowl 2020 commercials range from being kind of cool to extremely embarrassing. What else is going to happen when companies fight for the attention of millions of viewers with a mountain of cash on the day of the big game?

Super Bowl commercials achieved legendary status for a few reasons: they frequently involve appearances from big celebrities, and they also cost a fortune just to run. It was reported that a 30-second commercial during Super Bowl 2020 cost $5.6 million. It makes sense: it's one of the only live TV events you can depend on in 2020 to grab a massive audience.

This year's crop is a star-studded affair, too, from appearances by directors like Martin Scorsese to famous actors and even popular fictional characters. With so many commercials airing during the Super Bowl, we decided just to focus on the best and worst of the bunch. In some cases, though, we genuinely can't tell the difference between the two, so we've just assembled a list of ones you should watch with a bit of sarcastic commentary.

Martin Scorsese and Jonah Hill feature in this commercial, where Scorsese has arrived at a party and Hill hasn't turned up yet. Oh no! We won't spoil the ending, but this is Scorsese's best acting role since he was in Curb Your Enthusiasm season 3.

Featuring characters from Star Wars, Men in Black, Bill and Ted, Flash Gordon and many more, this is what happens when a supermarket with tons of money evidently has a marketing department of sci-fi geeks.

Running back Josh Jacobs features in this cinematic trailer for one of Kia's SUVs, which focuses on the challenges Jacobs faced as a younger man. It's pretty good as sincere adverts for cars go.

The worst kind of movie sequel has to be a sequel in the form of a Super Bowl commercial. It happened to The Big Lebowski, and now it's happened to Groundhog Day. This minute-long Jeep trailer features Bill Murray reprising his role from that movie.

Rick and Morty might've gone off the air for a little while until season 4 finally returns, but you can at least enjoy one minute of new animation here in the name of Pringles. It's thematically in-keeping with the show, at least.

Pizza delivered to your door is the best thing since sliced bread, apparently. You can almost imagine a post-Mad Men season 5 Don Draper pitching this one on a whim. Rainn Wilson of The Office features in this spot.

You know what money is for? It's for creating a Wild West setting, hiring a music superstar and a veteran actor to basically reprise his Big Lebowski role, and using that combination of things to sell one flavor of Doritos.

Post Malone features in this ad, which features an Inside Out-style series of characters commenting on the effects of drinking a mango-flavored alcoholic beverage.

If you enjoy Bostonian accents, Chris Evans and John Krasinski, this ad, which is like something from an episode of 30 Rock, is one of the better commercials shown during 2020's Super Bowl.

Maisie Williams of Game of Thrones features in this ad for Audi, which makes heavy use of the Frozen song 'Let it Go'. What year is this, again?

One of the YouTube comments for this one says, "This commercial is like a healing balm on this politically tense country at the moment," which really is a bit much when we're talking about a beer commercial.

You know it's 2020 when password managers are dropping big bucks on a Super Bowl ad. This one suggests you'll need to remember your password after you're dead.

Upcoming streaming service Quibi is all about shows that are under 10 minutes in length, which this trailer tries to explain in 30 seconds. Would this get you to pay a monthly subscription to watch?

Depending on the kind of person you are, ads like this will either have you in tears or just make you roll your eyes. Either way, it shows how Google Voice Assistant can be used to keep track of moments in your life.

Michelob Ultra, 'Jimmy Works it Out'

John Cena and Jimmy Fallon are just a couple of the celebrities who make an appearance in this beer commercial, which suggests you can enjoy lighter beer and a sports-heavy lifestyle.

Mountain Dew, 'As Good as the Original'

Bryan Cranston recreates key moments from The Shining, in this commercial for a sugar-free Mountain Dew variant. It's...fine.

It wasn't just Fast and Furious 9 making a big splash with fast cars at the Super Bowl. Take a look at a car chase featuring lots of expensive vehicles.

This ludicrously expensive-looking advert imagines a world before Alexa, when we simply barked requests at people with names a bit like Alexa.

Winona Ryder appears in Winona, Minnesota, in this commercial for SquareSpace. The website mentioned in the commercial is real, designed to show off the service.

This commercial seems like it's just going to be a minute of Jason Momoa walking around a nice house, which would be a perfectly fine premise for an ad, but then he starts taking his arms and chest off, a sequence bordering on body horror.

Quarterback Tom Brady gives us a short summary of Hulu's upsides, including its live sports. But there's no mention of the service's real highlight, which is its complete archive of King of the Hill episodes.

Dropping a big Snickers bar into a big hole is the solution to all of our problems, or something. The highlight of this commercial is someone naming their baby 'Kale', which has surely happened in the real world by now.

This latest Mr Peanut commercial follows the advertising mascot's previous death, resulting in the birth of a baby Mr Peanut. This ongoing saga is surprisingly convoluted.

Do kids today even know what 'Can't Touch This' is? Either way, here's an MC Hammer classic being used to sell cheesy popcorn.

Wonder Woman 1984 wasn't one of the trailers shown during the big game, but here's the DC character arriving to help Charlie Day sell Tide Pods.

It's not just avocados that are hot enough to get their own commercial in 2020 - hummus is on the action too. This annoying advert has everything, including an awkward delivery of 'OK Boomer'.

Bill Nye the Science Guy pops up in this SodaStream commercial, which goes to the trouble of showing us Mars, before explaining how the company wants to tackle the issue of single-use plastics.