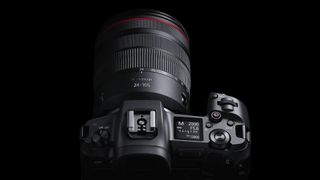 It's officially open season for Canon rumors, with the grapevine following up some leaked specs for the Canon EOS R5 with some fresh talk of an entry-level sibling called the EOS R6.

Canon Rumors, which has a pretty good track record for leaks and speculation, is confident that a Canon EOS R6 will arrive in 2020 boasting a 20MP full-frame sensor and in-body image stabilization (IBIS).

According to the apparent leak, the EOS R6 will be announced in May ahead of availability in June. This would mean it'd be announced well after the EOS R5 (expected to be unveiled in February ahead of the CP+ camera show), but may end up beating it to the shelves.

If the rumors are correct, the EOS R6 is shaping up to be a more affordable alternative to the R5, as alongside its lower resolution sensor it'll also shoot 4K/60p video, rather than the rumored 8K raw mode of its sibling. The R6 will apparently be able to shoot continuously at 12fps with its mechanical shutter, or up to an impressive 20fps with the electronic shutter. This would see it match the EOS R5 and trump rivals like the Nikon Z6.

What remains a little unclear is where exactly a Canon EOS R6 would sit in Canon's full-frame line-up. We've previously reported on rumors that the company will be launching four cameras of this kind in 2020 – the R6 would appear to be the third of these, following the already announced Canon 1DX Mark III and rumored EOS R5.

The latter would clearly be the pro-friendly, high-resolution option in the company's mirrorless lineup. So where does this leave an EOS R6? One possibility is that it'll be the entry-level, full-frame mirrorless option for hobbyists, a role it might inherit from the Canon EOS RP. This would make sense, as the EOS RP is effectively the mirrorless equivalent of the company's 6D Mark II DSLR, a camera that obviously shares a common digit with the rumored R6.

That said, the 20MP sensor (which could potentially be the same as the one in the 1DX Mark III) and apparent inclusion of IBIS make its role and intended audience a little less clear. Could it instead be a low-light maestro in the vein of the 12MP Sony A7S II? It's still very early days for EOS M5 rumors, so we're sure the picture will become clearer the closer we get to its possible launch in May. We'll bring you more leak analysis as it happens in what promises to be an exciting year for Canon fans.